Dr Sebastian has lived and worked in Sonoma since 2005, when Sonoma Valley Hospital recruited him to set up a private practice.  He joined Prima Medical Group in 2007 and has worked for PMG since that time, having established a busy and reputable practice.  He has actively participated in Medical Staff leadership at Sonoma Valley Hospital over the last decade, twice serving as Vice Chief of Staff and Chief of Staff for two separate terms, during which he led the medical staff through challenging times.   He has also been the lead physician for Prima Sonoma, since its inception in 2007.

Dr Sebastian is a graduate of Duke University School of Medicine (1997), and he completed his residency in internal medicine at Georgetown University Medical Center in Washington, DC in 2000.  He received a National Health Service Corps Scholarship to medical school, which led him to an underserved rural health center in West Virginia after completing his residency.  While in Sonoma, he has enjoyed multiple accolades, including being voted ‘Best Physician” by the local community from 2015 to 2019, five years in a row.  He was also voted one of Sonoma Magazine’s “Top Docs” in 2019, which was voted upon by his colleagues county-wide.  He was also voted among “415 Top Physicians” by Marin Magazine in 2013.

Dr Sebastian is active in the Sonoma community, and enthusiastically supports local charity work.  Currently, he serves on the Sonoma Valley Hospital Foundation Board, where he is vice chair.   Dr Sebastian is also the founding/artistic conductor of the Valley of the Moon Chamber Ensemble, an excellent local choral music group, whose concerts have raised over $130,000 for local charity.

American Board of Internal Medicine 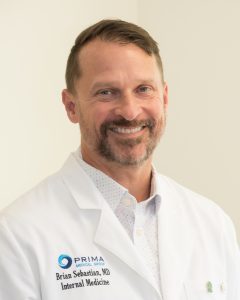