Sonoma Valley Hospital is governed under the Bylaws of the Sonoma Valley Health Care District by a publicly elected Board of Directors. Directors serve four-year terms, with elections taking place during general elections for local, state or national offices.

Joshua Rymer, Chair, began his professional career working for Pacific Bell (now AT&T) in Marketing and Business Planning. Mr. Rymer then became a Vice President and Partner with the Boston Consulting Group; working in New York, London, and San Francisco. He has advised companies in the financial services, consumer products and high technology businesses. He headed the firm’s West Coast Financial Services Practice and co-Authored an early book on how the Internet would transform the Financial Services Industry (“The Information Superhighway and Retail Banking”).

Mr. Rymer went on to become Senior Vice President for Strategy at Charles Schwab & Co. working in both the Retail and Institutional Brokerage businesses. From 2006 to 2011, Mr. Rymer was President and Chief Executive Officer for Terradatum, Inc., a Real Estate Software Company headquartered in Sonoma.  Mr. Rymer worked for several years as an independent consult developing sustainable business strategies for companies and non-profit organizations. As a part of his consulting practice, he has worked with several non-profit organizations, including: Sonoma Valley Museum of Art, Sonoma Valley Hospital, Crown Family Philanthropies, The Outdoors Empowered Network, Education Outside, and The Miriam and Peter Haas Foundation.  Currently, Mr. Rymer serves as a Senior Advisor to Hirsch Philanthropic Partners, a San Francisco-based advisory firm.

He has served on several non-profit boards including Community Foundation Sonoma County, Education Outside (Chair) and the Sonoma Valley Fund (President).

He holds both a BA and BS with honors from the University of Pennsylvania and The Wharton School. He earned an MBA degree from Stanford’s Graduate School of Business. He has served on the SVHCD board since 2014 and currently serves as Chair, is a member of the Finance Committee and Chair of the UCSF-SVH Affiliation Oversight Committee.

Michael Mainardi, First Vice Chair. is a retired physician who practiced in San Mateo for 39 years, specializing in internal medicine and gastroenterology. He served as the medical director of an ambulatory surgery center and as president of a single specialty physician group. He also served on the clinical faculty of UCSF for 25 years and retired as Associate Clinical Professor of Medicine.

Susan Kornblatt Idell, Second Vice Chair, is a social gerontologist who designs and develops curricula for health professionals in the field of aging. Her work at both UCSF and On Lok in San Francisco focused on the training of practicing health professionals and trainees to provide care for the aging population. She has an emphasis on the development and functioning of geriatric interdisciplinary teams who provide care for the frail elderly, and during her career has published numerous articles and book chapters on the subject. Ms. Kornblatt Idell and her husband, Richard, moved to Sonoma in 2010.

She has served on the boards of several non-profit organizations including the American Society on Aging, the San Francisco Chapter of the American Heart Association, Family Caregiver Alliance, Advisory Council to the Area Agency on Aging-Sonoma County and Women for WineSense. She has a BA and MA from San Francisco State University and also studied at Boston University and the University of Montreal. She has served on the Hospital’s Quality Committee since 2013, on which she continues to serve. 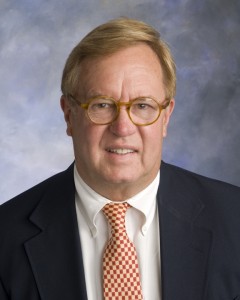 Bill Boerum, Treasurer, is in his fifth term on the District Board and now serving again as Treasurer and as Chair of the Finance Committee, previously having served twice as Board Chair, and as Treasurer, and then in recent  years as Board Secretary. He continues as Chair of the Governance Committee. He served as a member of the District’s Search Committee for the new Chief Executive Officer.

Boerum was for several years, Chairman of the Northern California Health Care Authority, a consortium of five hospital districts. Also, in the healthcare domain, previously he was a member of the board of directors, the executive committee and Vice Chairman of the Association of California Healthcare Districts and its related workers compensation insurance affiliate, the ALPHA Fund, both Sacramento-based. He is an advocate for medical tourism for Sonoma Valley.

Currently he is Chairman Emeritus and on the Finance Committee, and former Treasurer of Sister Cities International, Washington, D.C., a citizen diplomacy organization with over 2,000 partners in 140 countries. Previously he was President of the Sonoma Sister Cities Association with relationships in six countries, three of which he facilitated: Egypt, China and Hungary.

Mr. Boerum’s interest in healthcare extends to the international sphere where he has toured hospitals In China, Egypt and India with a special focus on cardiology departments and patient through-put.  He is an international conference speaker, having spoken on topics relating to healthcare technology innovation, and the role of seniors and healthy longevity in  society. Another recent topic has been U.S. presidential campaigns speaking to university audiences in a number of countries. He is a frequent guest on local KSVY Radio/SonomaTV on healthcare and hospital topics.

He is an advocate for medical cannabis and a dispensary in Sonoma, having spoken at state, county, and city hearings including before the Medical Board of California. Previously in the risk management space, he had more than 15 years of experience in the decision technology industry, and a 20-year career in banking as a lender to corporate and financial institutions clients throughout the United States. Professionally he currently is active in wine industry tourism and is a Certified Tourism Ambassador for Sonoma County.

Mr. Boerum and his wife of over 50 years, Nancy, live in the City of Sonoma and have two sons and two grandchildren. He holds a Master of Business Administration degree from Cornell University with a concentration in marketing, and a Bachelor of Science degree in Economics from Manhattan College. 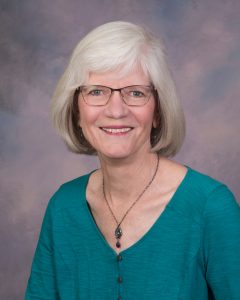 Judith Bjorndal, Secretary, is a retired physician who moved to Sonoma to begin a private pediatric practice in 1979. In addition to her practice Dr. Bjorndal was an addiction medicine specialist and has served as medical director at drug and alcohol facilities. She was Medical Director at the Sonoma Developmental Center for ten years, until her retirement in 2010.

Dr. Bjorndal graduated from Occidental College in Los Angeles with a BA and from Wayne State University Medical School in Detroit with an MD. She completed her pediatric residency training at Oakland Children’s Hospital, serving as Chief Resident her final year. She also holds an MBA from St. Mary’s College.

Dr. Bjorndal has been active in Sonoma’s non-profit community as a former board member and president of the Boys and Girls Club, and supports many other organizations as well, including La Luz, the Sonoma Valley Fund, and the Sonoma Valley Hospital Foundation, which presented her with their Pulse Award in 2011 in recognition of her service to the community. She is also a founding member of Impact 100.